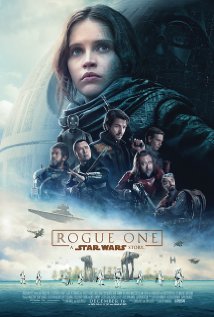 It was the early years of the conflict between the evil Galactic Empire and the Rebel Alliance. The Empire captured Galen Erso, a scientist, when his wife was killed while his little daughter, Jyn Erso, escaped. Little girl Jyn was then rescued by her father’s friend Saw Gerrera. After many years, adult Jyn was contacted by the Rebel Alliance to seek out her Saw to help locating her father after the Alliance learned of a super weapon, the Death Star, created by Galen for the Empire. Will Jyn and her crew of rebels can find a way to stop this super weapon?

This post will not contain spoilers. More or less.

I am not exposed on the Star Wars Expanded Universe so I found this movie refreshing. Yes, a movie not featuring a Skywalker as the main character. After watching this movie, I see what Disney is doing, an expansion of Star Wars into a “cinematic universe” just like what they are doing with the Marvel movies. Even if it is not part of main line Star Wars movies (this is not Part 8 for those keeping score), this movie dramatize one key background event before Star Wars IV: A New Hope and events on Rogue One explains the actions in the original trilogy. 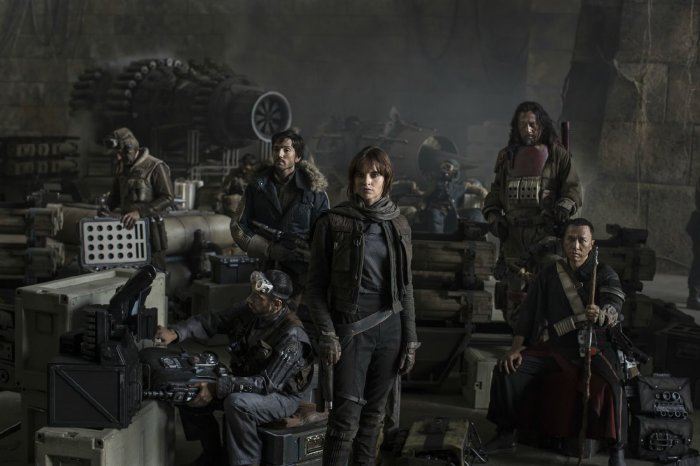 Rogue One follows the story of Jyn Erso played by Felicity Jones (Inferno). Her character started from indifference with the Rebel Alliance to in the end joined by a band of rebels to find a way to destroy the Death Star. Her father is played by Mads Mikkelsen (Doctor Strange). The Erson family drama is not as big as the Skywalker family drama but it give the emotional grounding of the film. She was joined by Captain Cassian Andor played by Diego Luna (Elysium) and the reprogrammed droid K-2SO played by Alan Tudyk (Firefly). K-2SO is the comic relief character of the movie. I loved his one liners! Also in the group is Chirrut Îmwe played by Donnie Yen (Ip Man). Îmwe is a blind man with martial arts skills and believes that he is one with the Force though not a Jedi. But is he really? Îmwe is always protected by Baze Malbus played by Wen Jiang. The technical person of the group is pilot and Empire defector Bodhi Rook played by Riz Ahmed (Jason Bourne).

One does not need to know all of what happened on the Star Wars movie to pick up when is happening on this film.  The movie have a solid story that can be stand alone or as prequel to A New Hope. What I liked is scene where they are trying to get the plans of the Death Star and transmit it to the Rebellion. And of course, the space battle scenes! A Star Wars film is incomplete without it. While much of the backstories of each character are not stated in the film, what we see in the movie are enough to give the story depth.

This is a stand alone film in the universe of Star Wars and I will definitely miss these characters. If or when Disney release books based on these characters, then I will dip my toes on the Expanded Universe. I might also in the near future re-watch the original trilogy as some characters made a cameo on this film.

Rogue One: A Star Wars Story is still showing in Philippine cinemas. This will — there is a high probability, crossing fingers — return to cinemas after the MMFF season.

“We have hope. Rebellions are built on hope!” –Jyn Erso