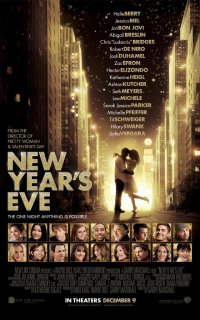 What are your hopes for the new year?

From the director of Valentine’s Day, the new film New Year’s Eve also follows the lives of different people and how their lives intersect during a single day. Director Garry Marshall and writer Katherine Fugate present a new set of stories of people and their relationships. This time, most of the stories are not restricted to romantic relationships. While the storylines occurred simultaneously, only a few of them fully crossed over to another story with some only have the setting or familial relationship as the common denominator.

Here are some of my favorite storylines: 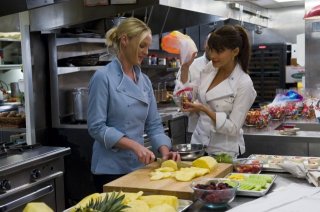 In the Jensen/Laura story, Jon Bon Jovi (Pucked) plays Jensen, a rock star, who want to reconcile with Laura, a chef, played by Katherine Heigl (Life as We Know It). I liked this storyline not because of the main characters but of the supporting cast. Sofia Vergara (Modern Family), played Chef Ava, is such a scene stealer.

In the Resolution Tour, Michelle Pfeiffer (Stardust) plays Ingrid, a receptionist who just quit her job and wanted to fulfill her resolution list. She met Paul, a bike messenger played by Zac Efron (Charlie St. Cloud), and asked him to help her. How Paul checked off her list is genius.

In the New Year Baby, Seth Myers (Saturday Night Live) and Jessica Biel (The A-Team) competes with another couple on a race to have their baby to be named as the hospital’s New Year baby and win a prize. This is the comedy storyline of the film. Liked how this story ended.

The other storylines on this film features the following: Robert De Niro (Killer Elite), Halle Berry (X-Men: The Last Stand), Ashton Kutcher (What Happens in Vegas), Lea Michele (Glee), Sarah Jessica Parker (Sex and the City), Josh Duhamel (Life as We Know It), Hilary Swank (Amelia), and Ludacris (Fast Five). I am surprised with the appearance of Alysa Milano (Charmed) and Joey McIntyre (NKOTB).

This is pretty much a feel good movie. Quick rating: 3.5 falling balls out of 5.

Please do watch the credits. It contains scenes during the New Year’s party and hilarious outtakes.